On January 22, 1942 the Flint News Advertiser printed a coupon asking mothers of serviceman to return the coupon after filling it out. The following February 1st, 300 mothers met in the Durant Hotel in Flint Michigan. Captain George H. Maines, who had conceived the idea for this group, acted as the chair of their first meeting. It was decided that after receiving 1000 responses from the ad to form a permanent organization.

On February 6,1942 the organization was reported in the Congressional Record. Chapters then formed in Michigan, Ohio, Wisconsin, New York, Pennsylvania, Oregon, California, Iowa, and Washington. In June of 1960 Congress chartered this organization.

Mothers volunteered throughout the tough times of World War II. They worked in hospitals, train stations, packed care packages for soldiers, and were a working part of homeland security during our time of war. The organization waned in size over the years but has held together by mothers showing pride in both their children and country. In recent times we have grown in strength. Being attacked on our own soil has once again started mothers hanging flags in their windows at home proclaiming pride in the fact that we have children protecting our freedom during a time of war.

The Vermont Chapter of Blue Star Mothers (VT1) was chartered on February 4, 2011. We currently are the only chapter in the state of Vermont.

Are you ready to find out how to help? 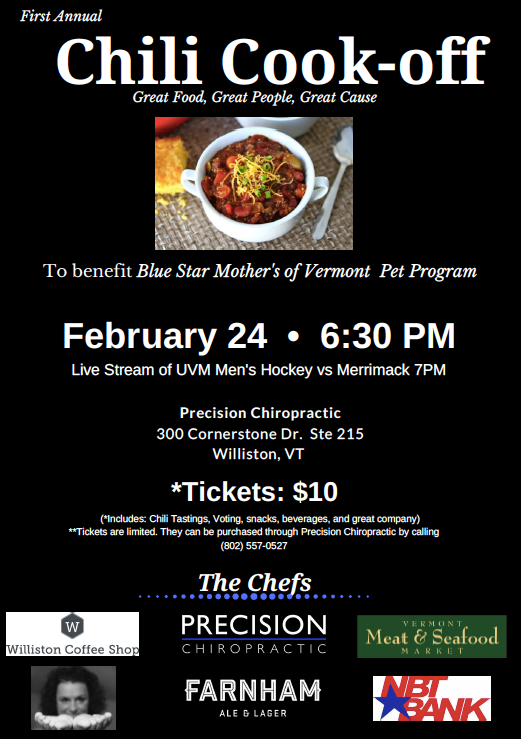